Jump to a section or use the navigation on the left:

Power and Wiring (Solutions and Guides)

This is just a 'preview' section showcasing how simple using the Porta Pi Arcade is. You can find more details within the PDF manual.

If you need some motivation or are wondering how other people managed their kits; here are some completed kits from my Kickstarter backers + newer Porta Pi owners. They look incredible everyone! If you bought a Kit please send me a picture of your finished Porta Pi! If you sent me a pic and it's not in the gallery, please just remind me to add it.

Porta Pi Arcade Wall of Game! (formerly known as the Hall of Fame). 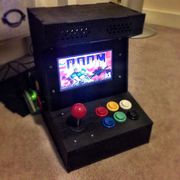 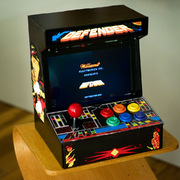 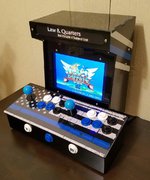 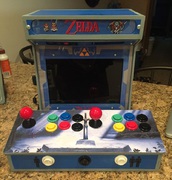 Below are highlights of my work.

There are three important pieces to getting your Raspberry Pi emulating the classic games you own. These pieces are the Raspberry Pi (computer), an SD card (memory), the RetroPie Operating System, an input device (game controller) and an output device (HDMI monitor).

For the hardware, we will be using a Raspberry Pi Model B+ (Note the Pi 3 the more powerful and current option), a single board Linux computer with a 700MHz Broadcom processor at its core.

The Raspberry Pi features some capable hardware in a tiny package, with a tiny price to match. The 700MHz Broadcom (BCM2835 ARM) processor is a heart of the this board, paired with a capable 512MB of RAM. Connect your mouse, keyboard, monitor and SD card into your RPi (Raspberry Pi).  Your SD cards were pre-installed with RetroPie v2.3, a open-source community project of programmers and retro-gaming enthusiasts for emulating retro games on the RPi computer. You can find the download link for the current version of RetroPie at retropie.org.uk